Last month the Sparsholt College team who created the garden: ‘Behind the Genes’ took it to the RHS Chelsea Flower Show 2019. Here’s what happened during the build, the show and after they brought it home . . .

The team was over the moon! Winning a gold medal for the 9th time with their garden ‘Behind the Genes’, as well as ‘Best Discovery Exhibit’ in the Great Pavilion. 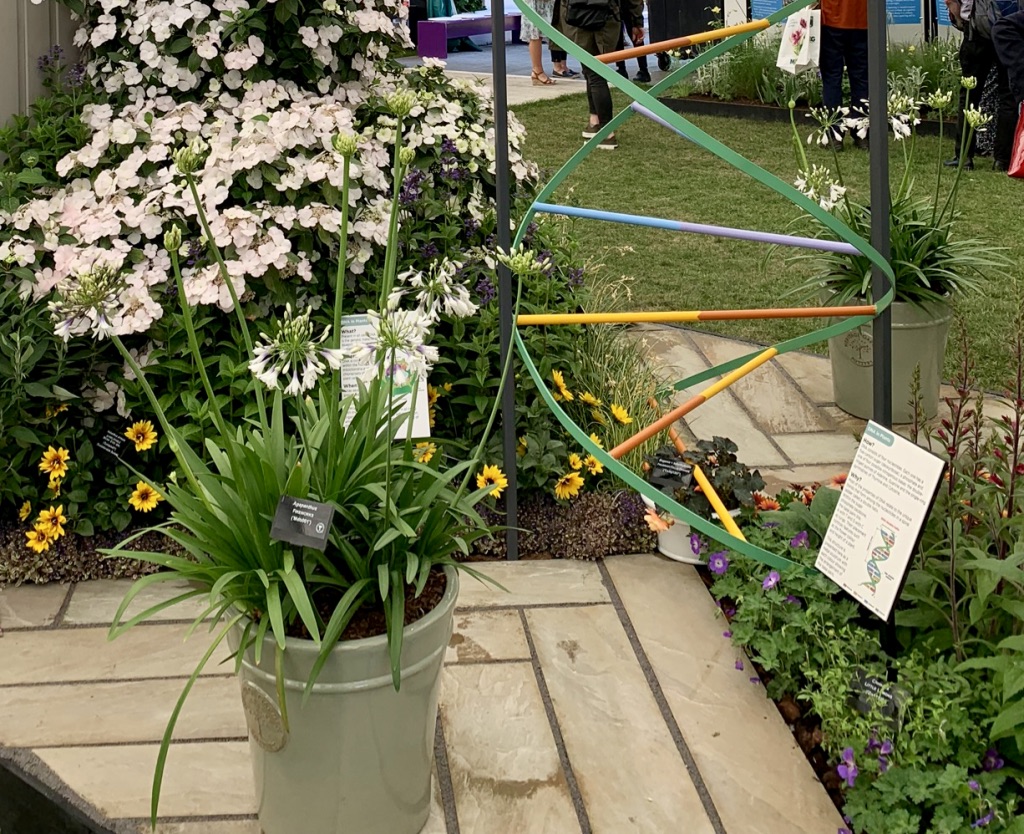 During ‘build’ week, in the run up to the show, the team would meet at Sparsholt College at 8.30am for the eventful journey to London. Some travelled in style – in the lorry with the plants. That meant plotting a careful route into London, taking into account the congestion charges and avoiding roads with low bridges. As the lorry approached Chelsea, they were directed to wait in Battersea Park for 2 hours. The reason? Security: The Duchess of Cambridge made an unscheduled visit to her co-designed ‘Back to Nature’ garden.

Others travelled with Chris Bird, lecturer in horticulture at Sparsholt College. Aiming to arrive at the Royal Hospital grounds at 1 o’clock, their journey took a different turn –

There were a few disasters that day, as the minibus broke down and shut a lane on the M3. Chris didn’t arrive at Chelsea until 6pm.

The shape of the days for the ‘Chelsea’ Team:

When everything was in place the team realised that the DNA helix was backwards. They swiftly resolved the problem. Using mirrors to reverse the image of the spiral, it then appeared intentional. It was always supposed to be displayed like that!

On the last day of the show many of the plants were sold to whoever could carry them away. The remaining plants were kept for a ‘rebuild’ back at Sparsholt College in Hampshire. In mid-June the team rebuilt the garden to attract future horticulture students from local secondary schools.

Ramblings on Books, Music and Films

A life in books

A daily selection of the best content published on WordPress, collected for you by humans who love to read.

The best longform stories on the web

The latest news on WordPress.com and the WordPress community.